A few days ago, CNN Asia posted a video and an accompanying article titled “Plastic surgery boom as Asians seek ‘western’ look” which tells the story of Lee Min Kyong, who opted to have Asian blepharoplasty — otherwise known as double eyelid surgery — at the age of 12 in order to “westernize her eyes.” 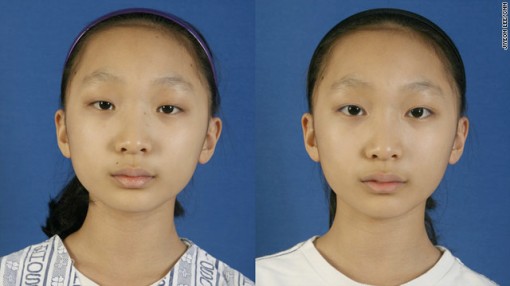 This really pissed me off.

As I have written in the past, I am well aware that East Asia has a disturbing rate of cosmetic surgery. I also believe that many people who choose to go under the knife are — in my opinion — too young to make such decisions.

But I wasn’t pissed about this.

I was angry at CNN’s assumption (and the resulting skewed report) that Asians have plastic surgery in order to look more “western,” or “white.”

Westerners did not invent the double eyelid. Many Asians naturally have it. The reason that so many Asians prefer the double eyelid to the “monolid” is because it lifts the extra skin and fat on the upper eyelid and creates a crease which gives the illusion of larger eyes.

Large eyes, a well-defined, pointed nose, and a smaller chin are standards of beauty in women for many cultures. And they have been what is considered the ideal beauty in Asia for centuries, well before its assimilation with the West.

Now I’m sure that some Asians who go under the knife do so because they want to look white. But I can assure you that these people are few and far between. The vast majority of Asians who get plastic surgery do so in order to become more aesthetically-pleasing while retaining their Asian features, not to look more western. And most Asians do not think that being caucasian does not automatically make one more beautiful. 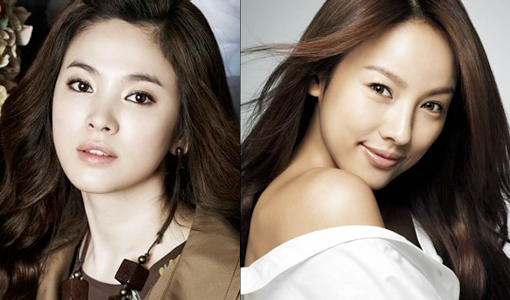 Here are two of Korea’s biggest celebrities, Song Hye Kyo and Lee Hyori.
Neither of them look “white,” in my opinion.

While the Asian idea of beauty may have been influenced by the West over the years, the idea that Asian women are trying mimic caucasians is an incorrect interpretation. An Asian woman getting double eyelid surgery, a nosejob, etc is rather an attempt to enhance one’s features in a society that overly glamorizes beauty and celebrity culture.

Likewise, an Asian dying his/her hair, wearing colored contacts, etc are not in efforts to look more western. They are merely ways of standing out and experimenting with your looks in a sea of black-haired, brown-eyed people.

In my opinion, the notion that Asians have plastic surgery to look white is like saying caucasians who tan and get lip fillers are trying to look black.

109 Responses to “The (Incorrect) Western Interpretation of Asian Plastic Surgery”