I got married at 27, a fairly young age in my group of friends.

When I returned from my honeymoon, I suddenly felt like a pariah. You can’t deny it – people treat you differently once you’re married.

Invitations to girls-night-outs slowed to a trickle. When you strike up a conversation with a man (even in a 100% platonic manner), people give you strange looks. Dinners with single friends became less and less common as dinners with other couples seemed to become more typical and expected.

Do I no longer like to have fun? Am I a different person from the one pre-marriage?

Now that I am pregnant, the loneliness has grown even more severe. 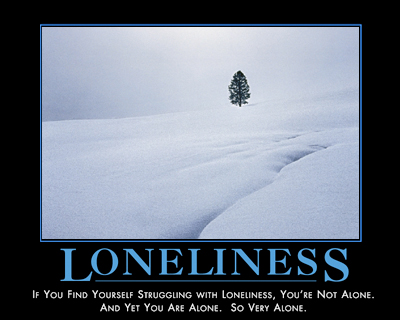 The majority of my friends are still single, let alone expecting a child. They treat me like a fragile egg or avoid me altogether. Happy hours and thirsty Thursdays have been replaced with my sitting at home, going through pictures on Facebook of my friends having fun without me.

Of course I know that I cannot drink. But who says I can’t join them with a virgin cocktail? An invitation would at least be appreciated.

I am not stupid. I know that this pregnancy is a life-changing event. I know that I cannot do many of the things I once took for granted.

I know that my life will never be the same again.

But is it too much to ask to be included again? To not be treated like a leper?

Did anyone else feel left out after getting engaged or married? How about after finding out you’re pregnant? How did you deal with it?

10 Responses to “The Lonely Pregnant Woman”