The Mobile Phones of My Past, Present, and Future

One of my favorite things to do while battling insomnia is to make lists. Endless, pointless lists.

Last night I did a mental rundown of all the cell phones I’ve had since my first purchase during my freshmen year in college in 1999.

(Before then was pagers. Having access to Korean import stores, I had some sweet pagers – ones that always made my high school peers green with envy. Now, kids don’t even know what pagers are.)

Can you believe that I have owned TEN ELEVEN different phones since then?

The phone that I currently own is the HTC G1 Developer Edition: 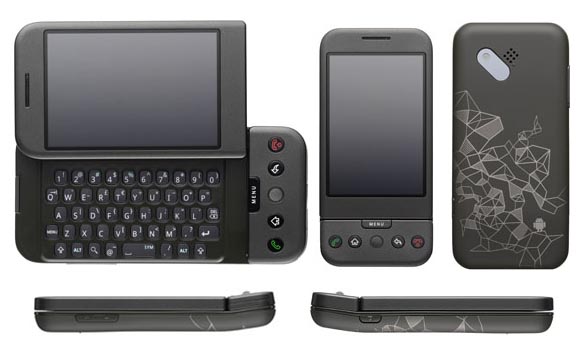 Google had gifted its employees with this phone last December, and J graciously handed it over to me.

I’m a firm believer in the superiority of the Android system over that of the iPhone. However, since this was the first phone developed for the Android, I must admit that it has its flaws.

In addition, T-Mobile sucks. After having had a taste of Verizon Wireless (which, in my opinion, is the best network in America with its superior call quality and data transfer speeds) I hate, hate, hate T-Mobile.

My only hope is that Verizon will release an Android phone in the near future. If the rumors are true, I won’t have to wait too long with the Motorola Sholes to be released later this year:

Yummy. Of course, the design is nowhere as sexy as that of the Sony Ericsson Xperia X3 (which is supposedly the first SE Android phone), but I need my physical keyboard, dammit!

How many mobile phones have you owned? Do you, like me, go through them like crap goes through geese?

Eta: J just reminded me that I had left out the Sony Ericsson M600i! I knew I was missing one! The list is now updated…thanks hubby!

5 Responses to “The Mobile Phones of My Past, Present, and Future”