Final Fantasy 7 has always been, and probably will remain, my favorite of all the FF video games. I still remember being awed by Sephiroth (I even had a small crush on him  ;-)), crying when Aerith died, and becoming utterly consumed by the mystery surrounding Jenova.

There have always been an abundance of fan-made art, fanfics, tributes, and so forth with all Final Fantasy titles. Cloud Strife’s legendary 6-piece sword has always been a favorite among weapons and props, but I have never seen a diagram as comprehensive as the one below, which visually describes the mechanism and assembly of the sword as referenced in FFVII: Advent Children: 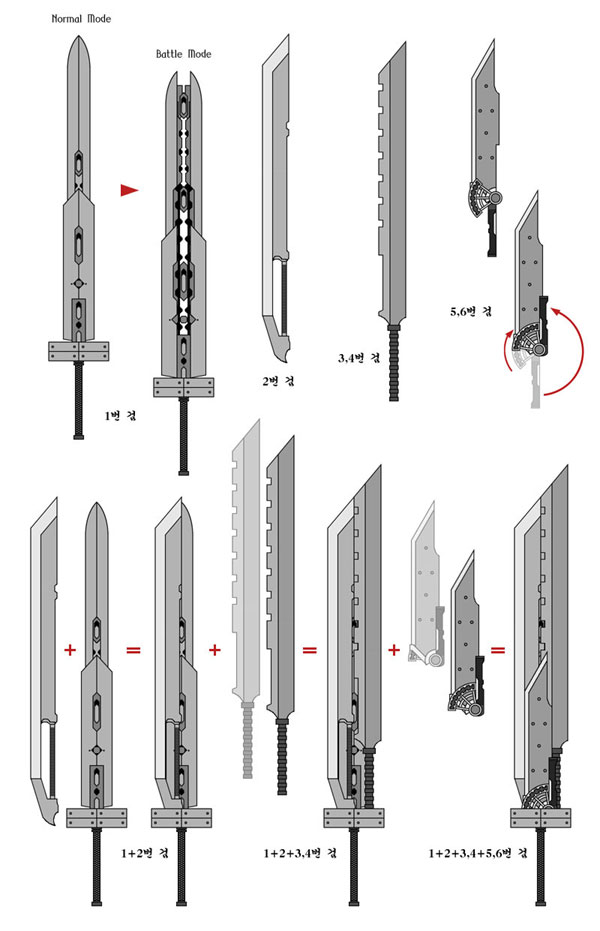 I couldn’t help but feel some geek pride to see that the labels are written in Korean.

Head on over to Liquid Endeavor for a more detailed explanation and analysis of the sword!

(Personally, I was not too impressed with Advent Children…but then again, how can you compete with a video game that is credited as “the game that sold the PlayStation”?)

One Response to “Cloud Strife’s Sword”