As mentioned in my last post, my in-laws (J’s parents) will be visiting for 1.5 months starting this weekend.

J’s parents live in Hong Kong, so we only get to see them a handful of times a year. However, each visit lasts at least a couple of weeks — the longest of which was 5 months, starting two months before our wedding in 2008.

That’s right. My in-laws stayed with us for 3 months directly after our wedding.

I won’t lie and tell you that it was a piece of cake. I was stressed from wedding planning, moving to a new place, leaving my own family and adjusting to a new life. I refused to have sex with J with his parents in the house because who wants to think about their in-laws in the next room while getting intimate? More than once, I took overnight trips to my parents’ and by the end, I was so overwhelmed that I suffered from a (very) minor stroke. (Read more about it here, here, and here.) 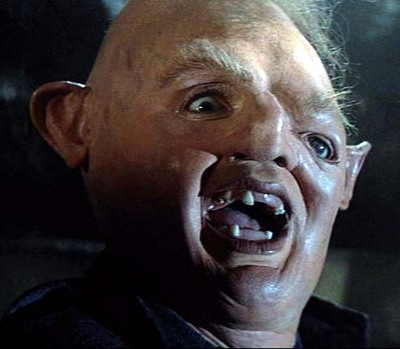 An exaggerated representation of myself with bells palsy.

Now, J’s parents aren’t bad people. They’re nice, we get along fairly well, and J constantly tells me that they love having me as a daughter-in-law. They try their best not to interfere while visiting, and they respect our privacy. They definitely do not make my life a living hell, as some nightmare in-law stories I’ve heard.

However, whenever I have guests over, I get stressed. I don’t feel free to do my own thing, to have my own schedule, to cook/eat what I want, to leave the house messy, etc.

This holds true for all guests. I’m sure if my own parents were stay over, I would feel the exact way.

And as a woman — the person in charge of all things domestic — I become upset when anyone rearranges things around the house (especially the kitchen), as all mothers are prone to do.

So, filled with raging pregnancy hormones, I started crying when I first learned of my in-laws’ latest travel plans.

J’s parents had planned, and booked a long stay in order to help with the pregnancy. My mother-in-law wants to help cook, clean, etc so I can take it easy. But this pregnancy must have turned me into a big fat brat, because all I could think was, “Why couldn’t they consult with us — the ones with whom they’re staying — before booking their plane tickets??!!!”

You don’t have to tell me — I know I’m a horrible daughter-in-law.

I’m sure some of you are wondering by this point how J’s parents can just invite themselves over for months at a time, or why they can’t just stay at a hotel.

This is where the cultural factor comes in.

In Asia, getting married does not constitute a man and a woman breaking off from their old families to form a new family. Getting married means extending the existing family. 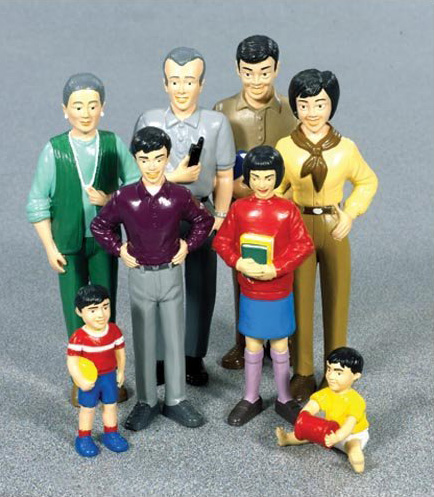 A typical extended family like this would usually live under one roof.

I’m not entirely certain about Hong Kong, but in traditional Korea a newlywed couple may get a place of their own for the first year or two, but will likely move back in with the parents (usually the men’s) or “take in” the parents so that the new couple can take care of the elderly parents as they grow older.

The pressure is especially great for the eldest son — who is J in this case — to take in his parents and treat them with the utmost respect.

It is for this reason that retirement homes are so scarce in Asian countries. Sending your elderly parents to a retirement home is considered the ultimate slap in the face.

So asking your visiting Asian parents to stay at a hotel, even if you offer to pay for it, would be a great insult as well.

Do you feel comfortable asking visiting parents
to stay at hotels? Why or why not?

Although my own parents do not speak English well and still hold on dearly to many traditional Korean values, they have become quite Americanized in their ways when it comes to this topic.

(Perhaps having two daughters and no sons has shaped their way of thinking? Have my parents slowly “let go” of us — knowing that traditionally, the man’s family takes precedence over the woman’s — over the years?)

They fully acknowledge that J and I became a separate family unit when we got married. They hate to intrude on our lives, and my father has repeated told me that he would like to go to a retirement community (just as long as he has access to a golf course!) when he becomes old and frail.

I have no doubts that my parents love us, and they still hound us to come visit or to meet for dinner if weeks have passed without seeing each other. However, they know that we grew up in a different generation that places importance on independence and privacy.

In fact, my parents do not like visiting us in our home, because they believe that a newlywed home (they still consider us newlyweds although we’ve been married for almost two years) is sacred and should be made by that couple without interference from others.

Obviously, J’s parents are a lot more traditional Asian than my own when dealing with extended family roles. I know that when they grow older, they will most likely move to the U.S. and that we will probably live with them, as J is the oldest son.

Do I have a problem with this? Sure, it nags me from time to time. But I think a big part of it has to do with the fact that I grew up with parents who are so different from J’s. I’ve accepted that this is my “role” as a daughter-in-law to a traditional Asian family, and I’m becoming more comfortable with the idea every day.

What are your parents’ beliefs on extended family roles?
Do you think culture plays a factor in this regard?

I’m sure that J’s parents would be coming for a long stay (I’m thinking months) right before the baby is born too. Except when they visit that time around, they will not be able to stay with us because the second bedroom will become the nursery (and there isn’t enough room for a crib and a bed). As such, J’s parents will most likely stay with J’s brother and his wife then…and I’m already feeling a bit bad about imposing on them because of my baby!

« As "That Month" Approaches...
Winner of the DVD Player Giveaway! »

13 Responses to “Cultural Expectations of Family”