This post is a link dump of sorts — three items I found especially interesting/funny and compelling enough for me to want to share them with you.

First up is a spoof trailer for Hell No, a horror movie starring characters who make…wait for it…good decisions. What a concept, huh? Take a look if you can spare 3 minutes, because it’s freakin’ hilarious!

Second at bat is a handy chart of vampire bloodlines, commissioned by the Dublin Film Festival and created by illustrator Matthew Griffin. Despite my fondness for many of the characters depicted here, my favorite vampire still remains Dracula from the classic novel. How about you?

Last, but not least…

The Physics of Friendship is an upcoming art exhibit which plays tribute to one of my favorite television shows, The Big Bang Theory. Check out these teasers — don’t you just love ’em? 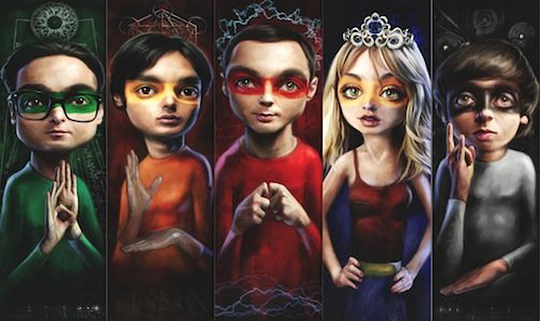 “In The Beginning There Was Nothing, Which Exploded” by Richard J. Oliver 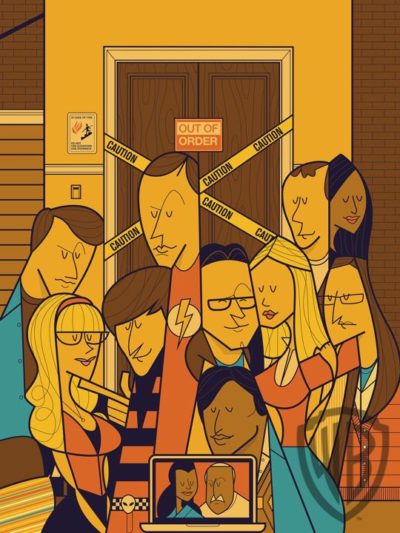 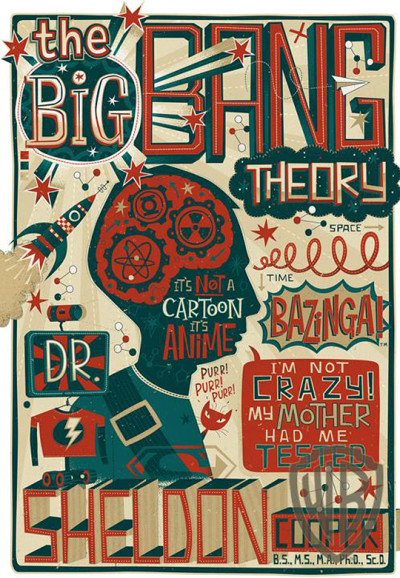 If you too are a fan of the show and live near Alhambra, California, be sure to check out the exhibit, which will open at the Gallery Nucleus on Saturday, October 19, 2013 and run through Sunday, November 10, 2013.

I’m especially sad I’ll be missing the show, because I just booked tickets for a trip to LA in early December! This mama is in dire need of a vacation and a friend generously offered to let me stay at her place. (Thanks, C!) It’s funny, because right now I’m really looking forward to hitting up some good Korean restaurants. Does anyone have any recommendations for good, authentic Korean food in LA?

« The Geek in Heels for Hire
Screwing Up My Kids »