How I Got on Huffington Post (No, Not the Way You Think)

Earlier today a friend sent me the following screenshot: 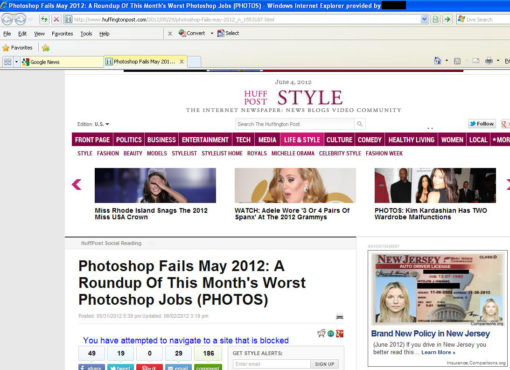 I have blacked out his company name from the screenshot to respect his privacy.

Can you see the problem? Let’s try zooming in a bit further… 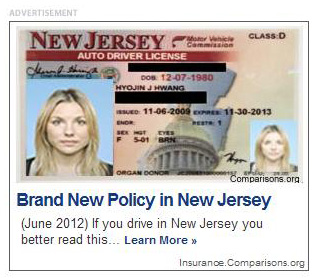 I couldn’t see anything wrong with the ad either, until I read the information on the picture of the NJ Driver License.

THEY WERE USING A PHOTOSHOPPED PICTURE
OF MY LICENSE IN THE AD!

I immediately knew where the designer of the ad had obtained the picture — on an old blog post where I talked about replacing my NY state license with a NJ one: https://www.geekinheels.com/2009/11/06/my-new-drivers-license.html

And just in case you’re too lazy to click on over, here is the picture in question: 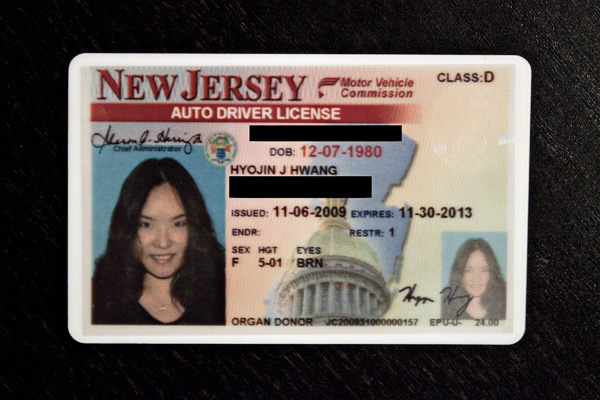 As you can see, I had blacked out my license number and my address, but kept all the other information since they are all readily available online (via this blog, Facebook, Twitter, etc).

Now, I know that whatever I upload and publish online are out there for anyone with an internet connection to obtain, and possibly tamper with.

But they couldn’t black out my other information, or photoshop it with some fictitious person’s name and birthday?

They couldn’t at least find an Asian person’s photo to use when the name on the license is OBVIOUSLY Asian?

Nice work to whoever designed this ad. Stellar job, really.

(And isn’t it ironic that this poorly photoshopped ad was displayed on the same page as a HuffPo article featuring Photoshop disasters?)

I have already contacted Huffington Post, AOL, and the company that placed the ad regarding this matter.

I’m really not that mad. Instead, I find this entire situation silly and amusing.

I do, however, hope that whoever “designed” this ad gets chastised for doing such a crappy job.

12 Responses to “How I Got on Huffington Post (No, Not the Way You Think)”