Intrigued by the Microsoft Surface…

So this was announced yesterday:

As someone who vastly prefers physical keyboards to those on touchscreens, I can’t help but show some interest in the new Microsoft Surface.

And as much as J and I love Apple computers, we aren’t fans of iOS due to its restrictive platform. Both of us own Android phones. As for a tablet, I gifted J the Asus Transformer Prime 2 for his birthday earlier this year (this is one of my proudest accomplishments as a blogger — I saved up money earned from this blog to get this for him…and I have you to thank!) and we both love it for its design, versatility, and the optional keyboard dock. 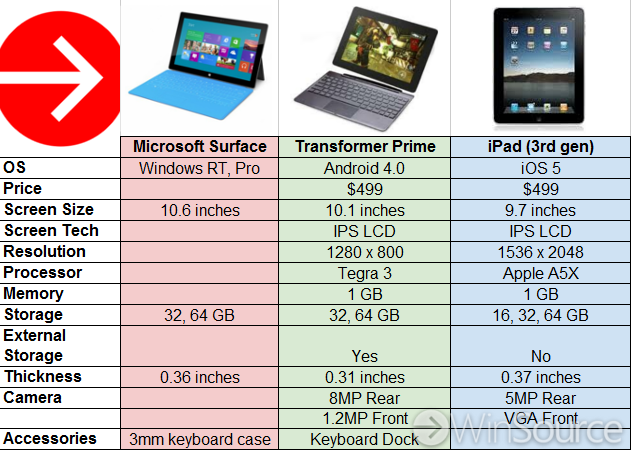 Full details on the Microsoft Surface are not yet available — even the release date and pricing still remain mysteries — but the early hands-on reviews sound promising. And as much as reviewers compare the Surface to the iPad, Microsoft reps tell us that the main difference between the two is that the Surface is meant to replace your primary computer, while the iPad complements it.

What are your thoughts on the new Microsoft Surface? Are you as intrigued by it as I am?

If you want to learn more about the Surface, you can go watch a video of the announcement here. Or, if you prefer, you can watch the 90-second cut over at Gizmodo.

ETA: Apparently, another tablet will soon join the race. Blogs are reporting that the Google Nexus Tablet will be announced next week.

2 Responses to “Intrigued by the Microsoft Surface…”