Fast food giant McDonald’s — or more specifically, their advertising firm Leo Burnett — is on a roll with this new campaign of clever billboards! Earlier this week I had featured the “M” sundial billboard, and today I bring to you the cracking breakfast egg, which was recently installed across from Wrigley Field in Chicago.

Now, I’m sure that most passerbys would not give a second glance to a giant elevated egg. I, for one, know that I would probably pass it off as another kooky art installment.

But what most people would not notice is this:

The egg starts cracking during the wee hours of the morning. By the time breakfast rolls around, the egg is fully hatched with the words “Fresh Eggs Daily” written on its yolk. From 6 am to 10:30 am, the egg stays cracked, which indicates the time they serve fresh eggs for breakfast. Once they are done serving breakfast, the egg closes and stays whole until the following morning.

I love it! And, without further ado, here are some shots of the cracking egg billboard in action: 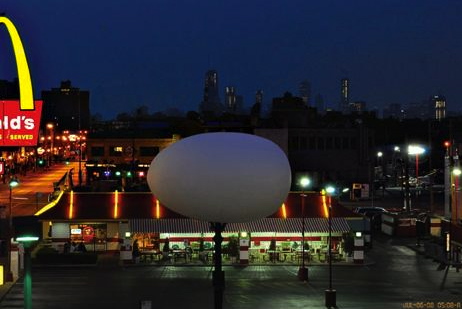 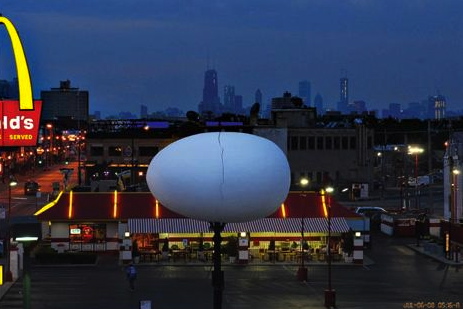 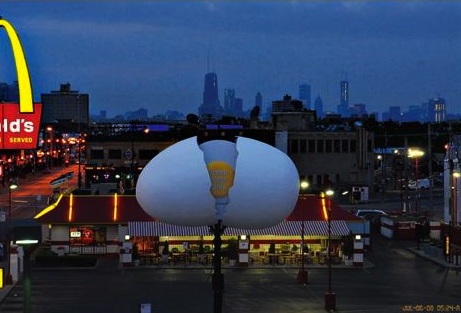 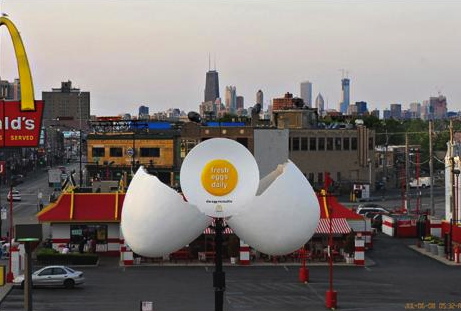 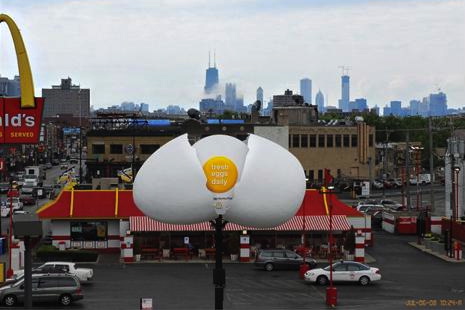 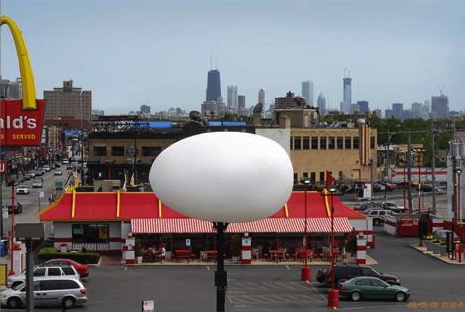 Via My Modern Met.