My Body, My Self-Image, My Self-Destruction

I once had a friend who went on a 6-week volunteer trip to a third world country. When she returned, we got together for dinner and she regaled me with tales of building shelters, teaching English, and even giving away many of the clothes she had brought for the trip. Her story was expectedly not void of woes; she had suffered countless mosquito bites, painful sunburn, and could not be happier to have access to clean water again.

And then her voice fell to a hush.

“I only lost 3 pounds though. I left for the trip thinking I would return a skeleton. But I only lost three. I almost wish that I had caught dysentery or malaria while I was there…”

This girl was not fat. Standing 5’5″ and wearing a size 8, maybe a 10, could she have lost a few pounds without being labeled a stick? Sure. But she lived a healthy lifestyle that consisted of regular exercise and a balanced diet. I didn’t know her too well, but she always seemed like such a happy, well-adjusted young woman.

So what came out of her mouth that day came as a total shock.

What was even worse that I completely understood, and empathized.

And I know that many of my readers would too. Many of my readers who may seem like confident women who have all their shit together, those whom others look up to and admire and even envy. Some of these women may even be considered thin or underweight by most of society. 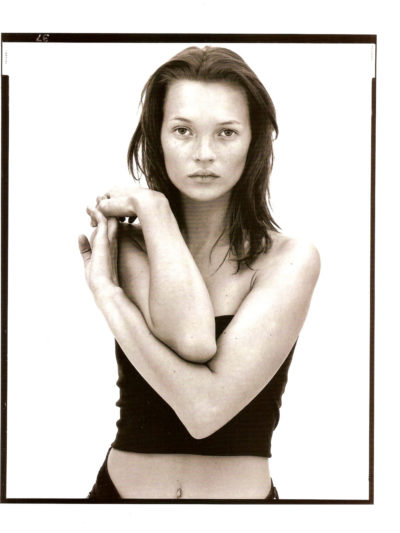 Kate Moss, who was known for being a “waif” in the nineties, would not be
considered THAT skinny compared to some of today’s models and celebrities.

I have been suffering from a cold the past few days. And, as with most illnesses, this bout of fever-coughing-dizziness-headache was accompanied by a weight loss. Not much, but a few pounds nonethless.

And as much as being sick sucked major donkey balls, I was happy to see the new number on the scale.

You see, I had put on some weight in the past couple of months. Remember this past summer, when I was obsessed with hot yoga? Well, I had continued to regularly attend classes, and by the end of summer, I had dropped down to my college weight — the thinnest I had been in a decade!

But then came the holidays and along with it, numerous brunches, dinners, and drinks.

Add to that some personal issues that led to stress-induced binges. I had also started a new birth control pill which caused me to retain water like a hippopotamus and always crave salty things. (I don’t care what they say about hormonal birth control — it can mess with your weight!)

Currently, I am slightly above my pre-pregnancy weight. And I want to go back down again. Because being able to fit into old, old clothes felt good. Because the compliments boosted my confidence. Because it can be hard to feel sexy when you’ve pushed two watermelons out of your vagina.

But when you’re a woman, you don’t really need a reason for wanting to lose weight, right?

So yes. I confess that I’m happy I got sick and lost some weight. I admit I totally got it when my friend said she wished she had caught a disease whilst in a third world country. And if weight-loss/body reshaping surgeries didn’t cost too much money? I’d totally consider those too.

The sad thing is that I know these are unhealthy ways to view myself and my weight. I know that I’m not fat (although in Asia I may be considered overweight) and I have a wonderful husband who thinks curves are sexy. And if my daughters were ever to say these things? I would go slap them upside their heads.

To be completely honest, I’m a bit ashamed to write this post, knowing that my daughters may one day read this.

But then again, I want them to know that their mom is human. I’m sure my mom had the same insecurities when she was younger — hey, she may still to this day — but all I see in old photos, as well as the way she looks now in real life, is the loving, strong woman I admire and love.

(Doesn’t this remind you of that HuffPo article about staying in the picture? I know that I was as I wrote these words.)

So once again I put myself out here, this imperfect, this self-conscious beast, for the sake of my daughters as well as others who may also feel these somewhat unhealthy thoughts about their weight and appearances. Not to say that it is okay, but to let them know that there are others — some who may be sitting directly across from you right now! — who may feel similarly and that you’re not alone. To let them know that it’s okay to talk about it, to seek help and encouragement, and to try to find the most healthy (both physically and mentally) way to improve upon the situation, even if that turns out to be to do nothing.

As for me, I will join the new year fitness lemmings by staying more active, eating better, and finding an alternate form of birth control.

5 Responses to “My Body, My Self-Image, My Self-Destruction”