My First Night as a Volunteer at the Homeless Shelter

This past Saturday, I left the girls with J and his parents and joined a small group of volunteers from our church to lend our hand at the local homeless shelter.

It was tiring. It was heartbreaking. And it was totally worth it.

Prior to joining this church, I had never even considered the possibility of a homeless shelter in the area. While J and I live in an city with great income discrepancies — and are exposed to poverty on a regular basis as a result — our church is located in Bergen County, NJ, which one of the wealthiest counties in the United States, and is even home to the most expensive zip code in the country!

There couldn’t possibly be as many homeless people in the county as to even warrant a homeless shelter…right?

As usual, I stood corrected as I entered the shelter, spoke to some of its employees, and learned that all of its 92 beds have often been filled to capacity since its opening in 2009, that they are always turning away people, and that a great number of those we would be serving tonight were only there for a warm meal despite not having a place to sleep for the night. 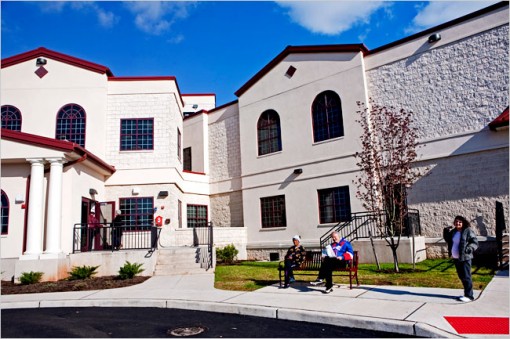 The Bergen County Housing, Health and Human Services Center,
where the shelter is located (image source)

Our job was to bring and prepare dinner, set up the dining hall, serve the food, and clean up afterwards. We were to prepare enough food and disposable dinnerware for 160 people. Since the cost for all this came from our church’s budget, the night’s menu was not too extravagant: fried chicken, mashed potatoes with gravy, string beans, and brownies and cookies for dessert.

However, so many people told us that this was the best food they had received in a while that I couldn’t help but be sad. This meal, which didn’t seem that great to me and was definitely subpar compared to what I usually ate for dinner every night, was the best that most of these people had eaten in months.

It was even harder to learn that the shelter required volunteers to oversee EVERY part of the dinner — even the sugar packets for coffee! The employees warned us that if we do not set a limit of 2 packets per person, and have a volunteer standing there to make sure that rule is followed, the sugar packets would quickly be snatched up by people who would want to sell them, or hoard them for the future.

But perhaps the most difficult part of the night was limiting one serving of dinner per person. This was a rule that was strictly enforced by the shelter, and they even had a member of the staff standing by the serving line, acting as security to make sure no one would cause us trouble about this rule.

We sadly had to turn down many people who asked for seconds, or even just an additional piece of chicken. We did our best to pile on as much mashed potatoes and string beans on their plates in order to make up for this, but we still knew it wasn’t enough.

The majority of the people we served were in their 40s and 50s, but there were some young faces here and there. The youngest person I saw that night was probably in their late teens. I think I probably would have cried if I saw a young child, but seeing a pregnant woman — who told me that she wished she had a choice in the meals because her bad morning sickness did not allow her to eat many dishes that were served — was close enough. I had to blink back some tears after speaking with her, and it took everything in my power not to offer her to take my health insurance.

Seeing a man wearing a Giants jacket, I asked him if he was a fan (knowing that they would be playing in the NFC Championship game the following night). He replied, “Oh, I don’t watch football. Someone gave me this jacket, and it keeps me warm. That’s all I care about.”

Needless to say, I felt like a complete idiot. 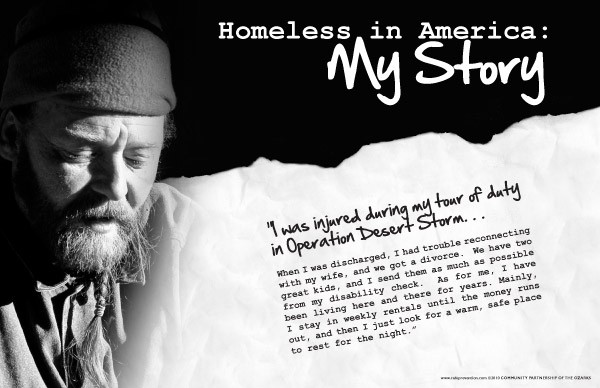 After our duties were complete, I drove back home in silence. I knew that this shelter was one of the better ones in the country. I knew that what we were exposed to that night would probably be considered luxury compared to other homeless shelters.

I was reminded of how, when my sister returned from a missions trip to Haiti, she told me that it’s amazing how much we take for granted every day, even just having clean — not HOT, but just CLEAN — water available at all times.

I was sad that we couldn’t do more. But at the same time, I couldn’t help but be SO thankful for what we did have.

I am ashamed to say that I haven’t done ANY volunteer work since my college days.

As someone who used to regularly volunteer at hospitals, retirement homes, mental institutions, etc. since I was a teenager, I must admit that my night at the homeless shelter seemed like a rude awakening — like a cold bucket of water had been dumped over my head to make me realize just how complacent I had become.

You can be sure that will be returning to the shelter, and seeking more ways to help the less fortunate whenever possible.