If Korea were to have a national dish, most people would undoubtedly point to kimchi. With roots tracing to ancient times, there exist dozens of variations, and is the most popular banchan – or side dish – on Korean tables.

Kimchi is so deeply-rooted in Korean culture that Koreans say “kimchi” instead of “cheese” when smiling for the camera. If you have been reading my blog for a while, you may remember when I wrote about Space Kimchi, which was developed so that Korean astronauts do not have to part with kimchi when in space. Heck, there is even a Kimchi Museum in Seoul! 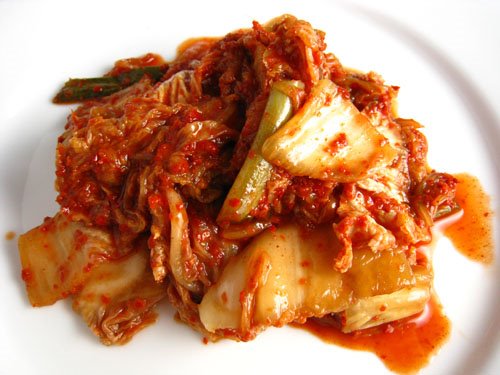 Having been born in South Korea, and raised by a mother whose Korean cuisine rivals that of top-tier restaurants (no joke – all the other Korean moms always ask my mother for recipes and cooking tips), I am not ashamed to admit that I cannot live without kimchi.

Although kimchi is definitely an acquired taste at which most westerners wrinkle their nose, it has proven to have health benefits as well. During the SARS outbreak that plagued Asia in 2003, the nation of Korea almost completely lacked the disease…and Korea was quick to credit the immunity to kimchi. When the avian flu spread across Asia in 2005, Korea was again largely spared by the disease and consequently touted kimchi as the cure. The buzz surrounding the health benefits of kimchi probably reached its peak in 2006 when LG created an air conditioner equipped with a filter made out of kimchi, which was designed to fight off the avian flu.

However, our national dish is not without its disadvantages. The odor that accompanies kimchi ranks among some of the most offensive food smells in the world, with even Koreans themselves pinching their noses at “kimchi breath.”

In fact, one of my favorite college stories comes from a friend of mine who attended SUNY Binghamton, where he lived in a dorm with Koreans occupying the majority of one floor. The kimchi smell was so rampant that the non-Korean students submitted a formal complaint to the university and almost succeeded in banning the food from university-owned dorms!

But now, the malorodous smell emitting from kimchi may be eradicated once and for all… 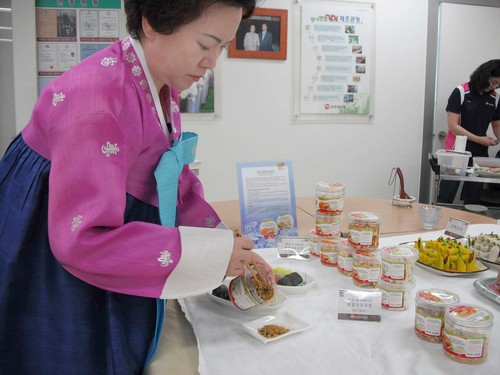 Koreans have devoted years of research into kimchi. Yes, we are that hardcore.

Kim Soon-Ja, a woman named by the South Korean Food Ministry as the first kimchi master, worked with a team of experts to develop a freeze-dried version of kimchi that does not smell even after water is added.

At first, I was happy to read the article – finally, Koreans (and non-Koreans) can enjoy their favorite dish without that rank smell! Then I realized that the unpleasant smell is a part of the kimchi experience. Can you imagine kimchi that doesn’t smell and stink up your entire refrigerator? I can’t.

In addition, you can’t ignore the fact that 70-75% of what you perceive as taste actually comes from your sense of smell. Keeping this in mind, is it possible for odorless kimchi come with the same flavor as regular kimchi?

Whatever we may make of this breakthrough, a patent has been secured and the first orders have been placed. It’ll be interesting to see how it is received by the Korean population once it is available to the general public.

One Response to “Rank-Free Kimchi?”