The Force is Unleashed!

You know that a guy must be really into you if he takes off earlier than usual from work to surprise his boo with a copy of Star Wars: The Force Unleashed. 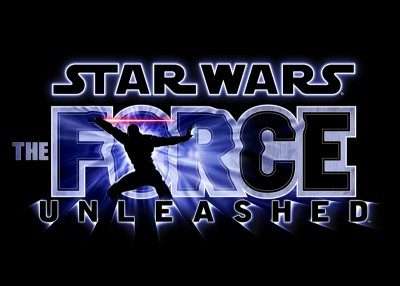 And you know he must love you if he lets you play it first!

The Force Unleashed was released today! Sure, the XBox demo had been out for a couple of weeks (breaking the XBLM download record) and we had tinkered around with it. However, I restrained myself for the real deal. The Wii version. The one where you can use the wiimote and nunchucks to wield your lightsaber and, obviously, unleash the force! It also didn’t hurt that the Wii version has extra scenes that were specifically created with the Wii gameply experience in mind.

You definitely sacrifice graphics quality with the Wii version, as evidenced in the following screenshots from the Force Unleashed website.

The first set is from the Wii console: 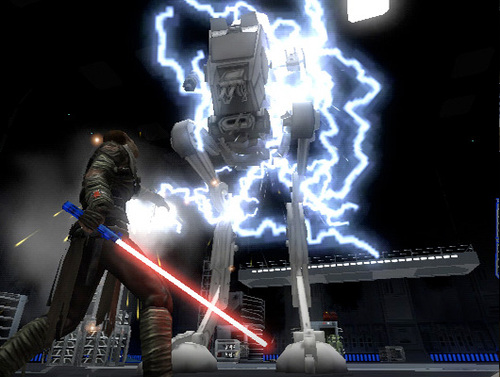 “You’ve got something jammed in here real good.” 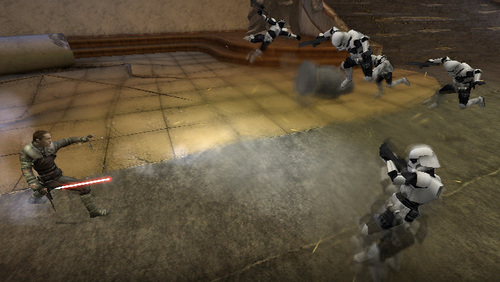 “Sorry about the mess…” 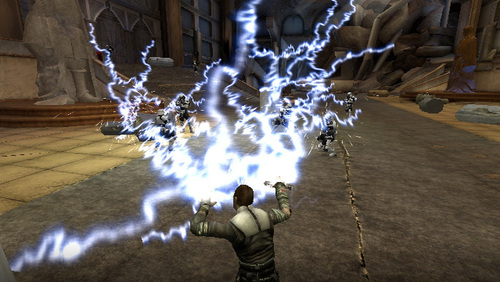 “Control, control! You must learn control!”

Compare that to those from the XBox 360: 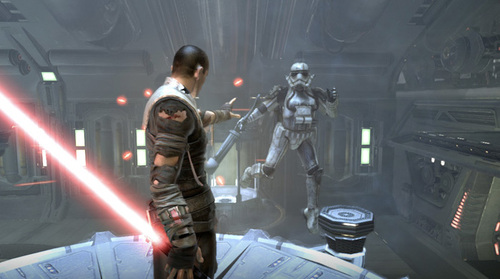 “Aren’t you a little short for a stormtrooper?” 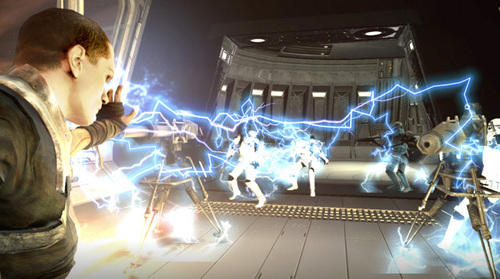 “Hey, point that thing someplace else.” 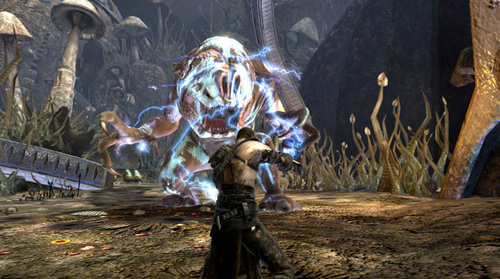 “Size matters not. Judge me by my size, do you?”

As much as I would’ve loved for the Wii version to have graphics comparable to those of other consoles, who cares?!? I can Force-Push you with a flick of my wrist. I maneuver my lightsaber with the precision of a samurai. I can even Force-Lightning anyone who stands in my way with some lazy aiming and a push of a button.

In other words, I’ll go Jedi on yo’ ass!

Just in case you couldn’t tell, the game’s been awesome so far. And the Wii experience makes it that much better.