Not unlike Missed Connections, Twaggies is a site that finds funny/interesting tweets and illustrates them to make them even more memorable.

Bit Rebels says of the site:

Twaggies is definitely one of those websites that you intend to check out for five minutes, and thirty minutes later you’re still laughing. Apparently, to get your tweet twagged (ahh.. a new Twitter word is born), you just have to follow @twaggies and then send some silly tweets that would make creative visuals.

Is it just a coincidence that the latest Twaggie features none other than the supreme Sith Darth Vader? I think not. It is a definitive sign that I must add the site to my Google Reader. 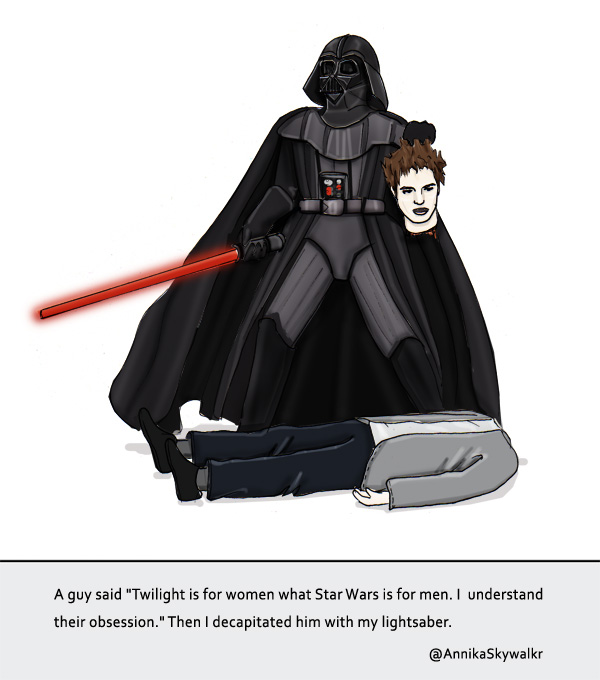