Book Review: The Case for Christ

(I have been posting more book reviews lately for a good reason: I will be moving soon and am currently going through my mountains of books in an effort to divide them into “keep” and “donate” piles. Obviously, there are certain titles that hold dear places in my heart, and I cannot help but re-read them and share them with you.)

In light of Easter, I decided to write about a popular piece of Christian literature: Lee Strobel’s The Case for Christ: A Journalist’s Personal Investigation of the Evidence for Jesus. 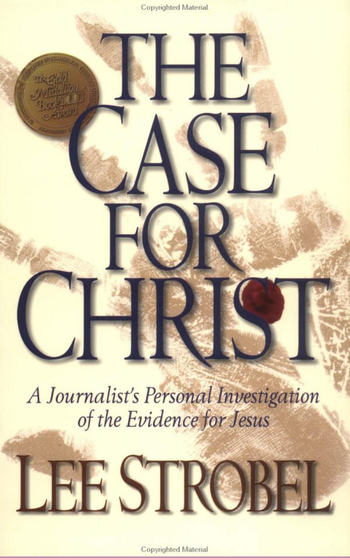 I first discovered the field of Christian apologetics, which, according to this Wikipedia article, is “the field of study concerned with the systematic defense of Christianity,” in my early teenage years and it has always been a topic which interested me. So much so, in fact, that I even considered entering seminary to delve even deeper into the world of proving the merits and facts behind Christianity through history, science, and philosophy.

While there are tons of literature out there in the world of Christian apologetics, The Case for Christ is one of the most popular, mainstream books on the topic and it’s a book I have read over and over again.

The basis for the book is simple. Lee Strobel, a former journalist for the Chicago Tribune, interviews a dozen experts to determine if there’s credible evidence of Christ’s existence and divinity.

Each of the fourteen chapters attempts to answer a different question. Some examples of the questions include:

Do the Biographies of Jesus Stand Up to Scrutiny?

Was Jesus Crazy When He Claimed to Be the Son of God?

Did Jesus – and Jesus Alone – Match the Identity of the Messiah?

Was Jesus’ Death a Sham and His Resurrection a Hoax?

Are There Any Supporting Facts That Point to the Resurrection?

I have to admit that I love this stuff. My insides boil with excitement and my fingers cannot turn the pages fast enough as I read all the evidence presented in this book.

For example, did you know that no other document from antiquity can compare to the New Testament in terms of the sheer number of existing documents? There are more than 5,000 New Testament manuscripts are in existence today…compare that to the runner-up, which is The Iliad, at 650.

My only problem with this book is that all the experts interviewed for this book, while experts and leaders in their respective fields, seem pre-disposed to offer supporting evidence for Christ. Though a former investigative journalist with a Master of Studies in Law degree from Yale Law School, Strobel fails to produce any critics of Christian apologetics. How about a debate between both sides of the argument?

All in all, Stobel manages to take some thick, sometimes tedious information and presents it in an entertaining and fast-paced manner. This is a great book for someone like myself who is a practicing Christian and would like to find additional sources of confirmation. Or if you’re still on the fence and having some doubts. However, I’m not sure that this book would convince someone who does not believe, especially in this day and age when information is so readily available at your fingertips.

Strobel has written a counterpart this this book, called The Case for Faith: A Journalist Investigates the Toughest Objections to Christianity. I have this book as well and although it is a good read, it just isn’t as compelling as The Case for Christ. The reason is obvious: it is a lot more difficult to prove faith than the existence and attributes of a person.

« Book Review: Marley and Me
Murder at the Met »