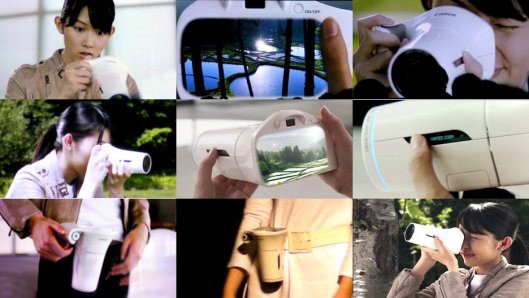 Canon is confident that by the year 2030, technology will have advanced enough that the need for different lenses will become obsolete. The Wonder Camera would be equipped with a single lens that is capable of shooting macro to 500mm.

The non-interchangeable lens will be accompanied by an all-touch interface, an extremely high-resolution sensor, and image stabilization so advanced as to make shooting at that unspeakably high zoom range a viable option.

The best part? The Wonder Camera does not take pictures. Instead, it’s a video-only device that shoots extremely high resolution — so high, in fact, that if you fail to take advantage of the integrated mega-zoom, mega-stabilized, perpetual-focus lens at the time of shooting, you can zoom into your shot later without noticeable image loss. To capture a still, just pause the video, because each frame is a usable photo unto itself.

As much as I love technology and the new options it offers numerous fields such as photography, I’m not entirely sure I like the new concept. I like being able to pick and choose the best lens for different settings/environments, and the act of physically exchanging one lens out for the other. I like the various dials and buttons on DSLRs, and I actually prefer that my camera offered more (so that I don’t have to navigate menus to tweak a setting).

The Wonder Camera even makes me long for the the days before digital photography, when I waited in darkrooms to manually develop films. Heck I loved the smell of film processing solutions, and I’m sure I’m not the only one.

What is your take on Canon’s Wonder Camera concept?

One Response to “Canon’s Wonder Camera Concept Leaves Me Nostalgic”