I’m not sure exactly why, but this year’s NBA Slam Dunk Contest didn’t seem to be as good as the previous years. While there is no doubt that Blake Griffin’s winning dunk was impressive, it just seemed too gimmicky and a bit over-the-top.

Anyhow, I happened upon a neat visualization that lists all the slam dunks from the contest’s history, complete with the scores and video. Head on over to Hoopism to re-live some of the best dunks in NBA history, including Michael Jordan’s classic from 1988 and “Vinsanity”‘s resurrection of the contest in 2000 after a 2-year hiatus. (Unfortunately, Nate Robinson’s 2010 dunk over Superman himself, Dwight Howard, is not available.) 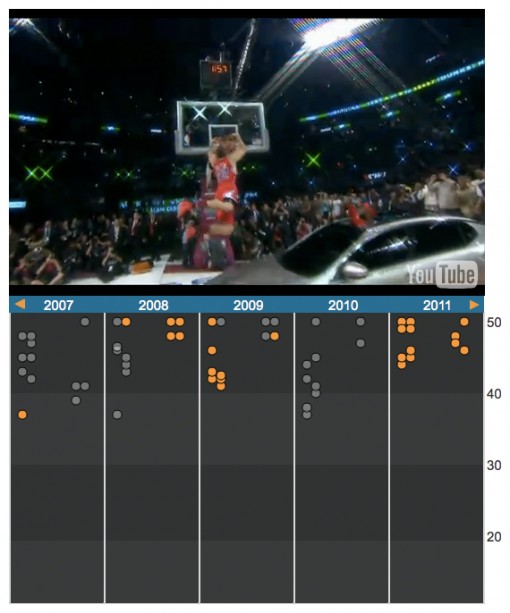