Web designer Mikko Vartio took it upon himself to research several evil movie corporations and develop representations of what their websites would look like, modeling them after real-life corporation websites. Enjoy!

Company:  OCP
Movie:  Robocop
Real-Life Inspiration:  Apple
Designer’s Notes:  “OCP is the nasty corporation from Robocop, but Apple does much better job succeeding in the path of evilness. My vision of OCP site has some same resemblance of Apple’s site, but that is purely a coincidence.” 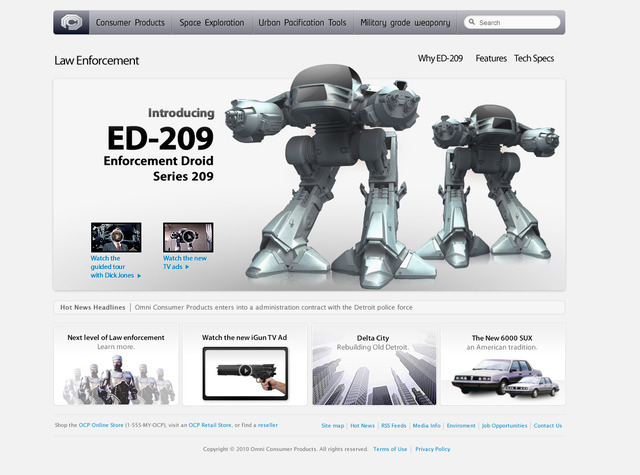 Company:  Rekall
Movie:  Total Recall
Real-Life Inspiration:  RyanAir
Designer’s Notes:  “Paul Verhoeven directed Robocop, but he also directed another fine masterpiece called Total Recall. The evil company Rekall is specialized on screwing your brain with false memories, stuff like travelling into Mars. If there is evil travelling corporation, it is definitely RyanAir – the wicked airlines with their their cheap tactics and butt-ugly websites.” 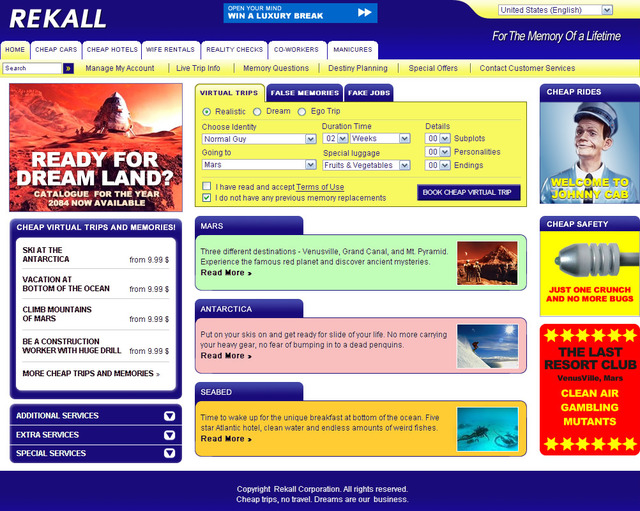 Company:  Weyland-Yutani
Movie:  Alien
Real-Life Inspiration:  Toyota
Designer’s Notes:  “Weyland-Yutani should ring the bell from Alien-movies. I’ve been reading some news and looks like Toyota is doing fine job with their evil products and alien-technology.” 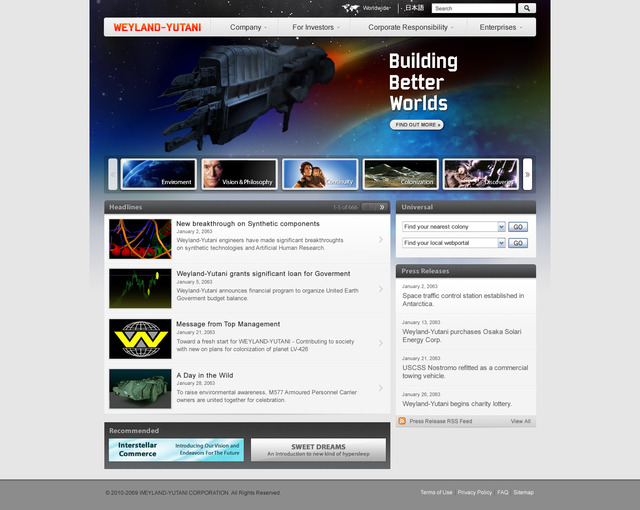 Company:  Skynet
Movie:  Terminator
Real-Life Inspiration:  Bing
Designer’s Notes:  “Skynet has been sending robots from the future since good oldTerminator-days. Everybody thinks that Google is the new real-life Skynet, but I say that the stealthy search engine Bing from Microsoft is the genuine evil dopedealer.(eg. Skynet-logo with Google-colors is way too easy).” 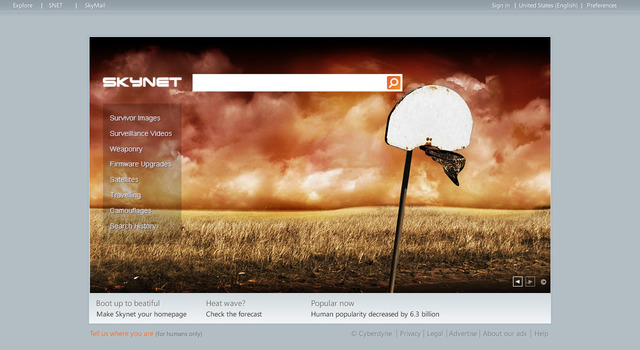 Company:  Cyberdyne
Movie:  Terminator
Real-Life Inspiration:  Microsoft
Designer’s Notes:  “When there is Skynet, there is also Cyberdyne. So, is Microsoft the Cyberdyne? Sure looks so.” 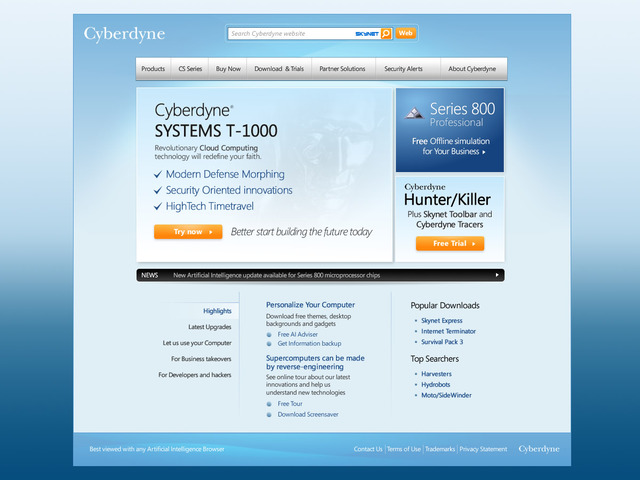 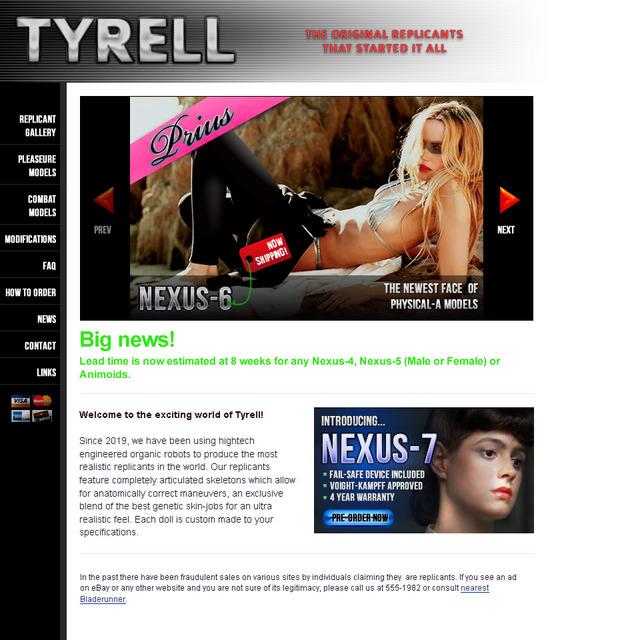