I woke up this morning to find a beautifully-written post by my friend Nodakademic that talks about her decision to wait to have kids.

What I found particularly interesting was that she, along with others who choose to wait until they are at a more stable place in their lives — and in the meantime, enjoy life without entirely devoting yourself to a helpless being — consider themselves selfish for doing so. What’s more, society sees them as being selfish for putting their careers, lifestyles, etc before reproduction. 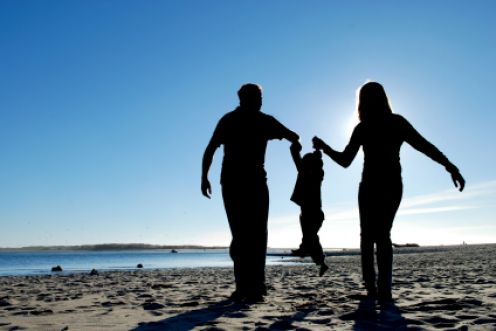 The more I thought about it, the more I began to question this sentiment. Because aren’t people who choose to have kids selfish too?

We live in an overpopulated world that is quickly losing its natural resources. The frequency of natural disasters seem to be on the rise, and news channels are filled with stories of people who are struggling just to survive.

Yet we — with our high levels of education, good careers, and cushy lives — want to procreate. Bring more people into the world when the time, money, and resources used on our progeny can easily be used to help others instead.

At its very core, having children is passing down your genes. So can’t it also be construed as, “Hey! I think my partner and I are aiiite. We would make some kickass humans if we combined our DNA. Let’s go for it and fill the world with more of our awesome genes!”

And I’m ashamed to admit that J and I have had these thoughts. People have been telling us from the moment we got together that we would make beautiful children. “If you guys get married, your kids would be so smart and talented,” our friends and relatives would also say.

Of course, there’s still the chance that our children would turn out butt-ugly and barely hover above the “certifiable idiot” mark on standard intelligence tests. But that’s beside the point. Because we chose to get married based on each other’s characteristics, and we chose to have kids based on the fact that we want to create humans that are solely us.

Once again, I am reminded of my favorite relationship advice: “Do not marry a man unless you would be proud if your son turned out just like him.” 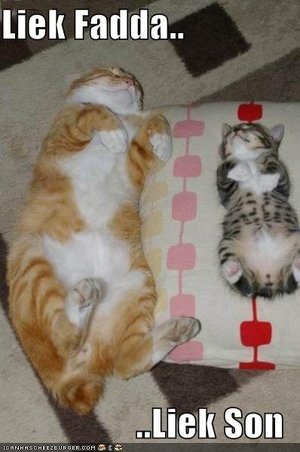 During our premarital counseling sessions, our pastor told us that while our denomination does not see the primary purpose of marriage to be reproduction, we are still encouraged to have kids. Because by having kids and raising them in the Christian tradition, we are creating more servants of God.

And while the thought of raising our children in the church and teaching them God’s love excites me (it really does — I’ll write more about it later), I have to admit that it’s not my sole reason for wanting to have kids.

To be perfectly honest, I’m still not sure why I want to have children (said the lady who is currently 6 months pregnant).

All I know is that I never really wanted kids before. I never played with dolls as a little girl. I never coo over babies. In fact, I still find most babies annoying. And yes, I’m a bitch in this regard.

What I do know that 10 months ago, when I found out I was pregnant, I was overjoyed. I felt — in the most cliché manner possible — complete. And losing that baby was one of the most devastating moments of my life. It was then I knew that I was already a mother. And that I wanted living children to hold and love.

It is for these reasons that I consider my decision to have children selfish. I want to create little people who are part me and part my husband (and yes, I would be proud if my children turned out exactly like him). I want to hold children whom I can call my own. I want to be called “mommy.”

My view on parenthood is not all rainbows and unicorns. I know that it’ll be tough, and I know that there will be moments when I want to question why I ever wanted to have kids in the first place. But I also know that it’ll be worth it — including this guilt I have for choosing this selfish route.

7 Responses to “Selfishness in Reproduction”