Got PMS? New Milk Ads May or May Not Be Offensive

The California Milk Processor Board along with ad agency Goodby, Silverstein & Partners have launched a new “Got Milk?” ad campaign touting the benefits of the white stuff in reducing the symptoms of PMS.

The problem? Many women — as well as men! — are finding the ads humorless and offensive. Take a look: 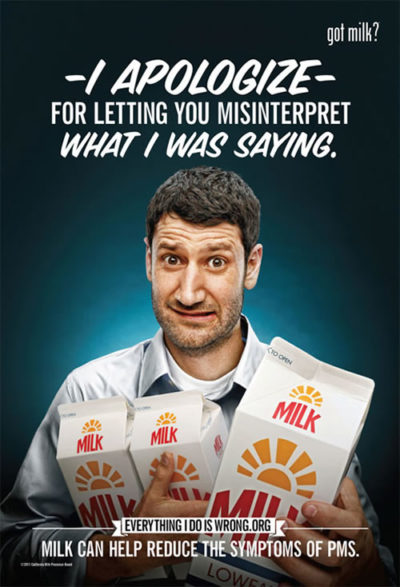 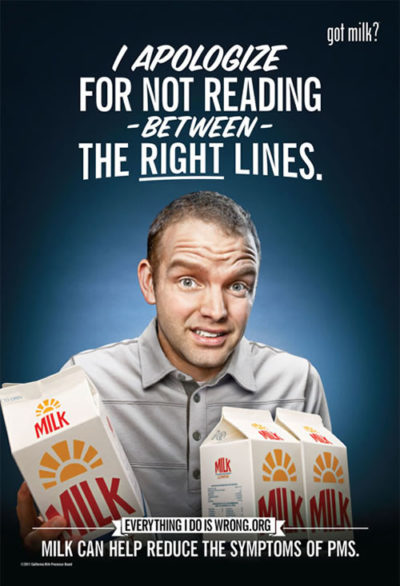 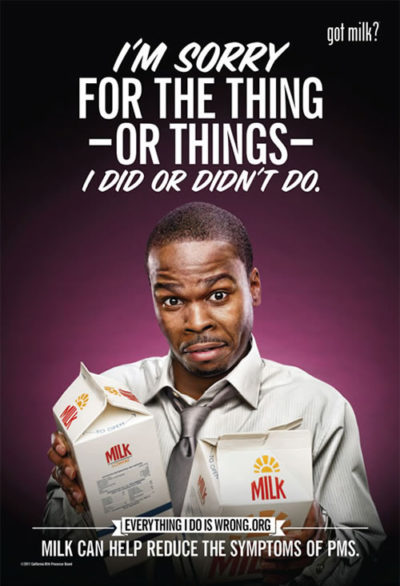 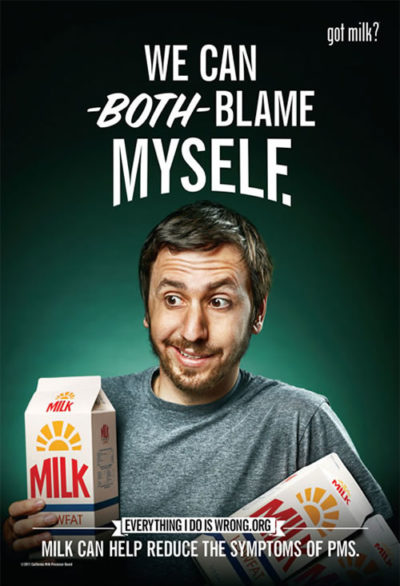 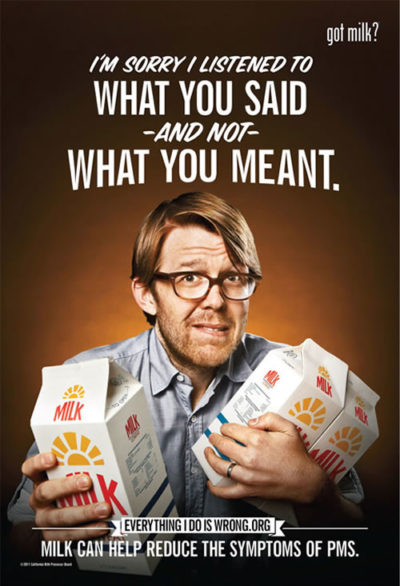 As someone who suffers from severe PMS (and pregnancy is like 10 straight months of PMS!), I’m not quite sure what to think about these ads. I can see the humor in them, but I can also understand how they can rub you the wrong way.

What do you think of these ads? Are you rolling your eyes and assuming that the campaign team consists of all men? Or do you think that they purposely chose to go a slightly controversial route for the extra publicity?

I have just learned that the campaign has come to an abrupt end due to widespread outrage.

« Approaching Toddlerhood, and 24 Weeks
Someone is WRONG on the Internet »

14 Responses to “Got PMS? New Milk Ads May or May Not Be Offensive”