Guest Post: Single Ladies (Don’t Put a Ring on It)? 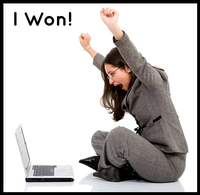 « The Birth Story, Part 2
The Physics of Everyday Life, Illustrated »