Reflecting Back on Korea

I wanted to jot down some memories from my first-time-back-in-13-years trip to Korea before my aging brain locks everything away into the dark corners of obscurity. And since I love making lists, here are 10 things that are freshest on my mind from my trek back to the motherland!

1.  First and foremost (in what is probably a no-brainer for most of my readers), Korea far surpasses the U.S. in terms of everyday technology. My relatives’ apartment complexes, for example, had retina-scan security systems and motion-activated lights in hallways which automatically dim at night. There were security and emergency intercom systems in every bathroom. Underfloor heating systems. Filtered faucets and showerheads. Heated toilet seats. And much, much more.

When I commented on these to my uncle, he told me that these had been around for ages in Seoul, and that the newer buildings even have health-monitoring systems — that can notify local hospitals of emergency situations — built right into the buildings!

2.  That being said, I was a bit disappointed in Korea’s internet speed. I knew that S. Korea has the fastest average internet speed in the world, so I was prepared for blazing-fast web escapades. However, every WiFi connection I used was only slightly faster than what we have at home (but then again, NJ has the 3rd fastest internet speed in the U.S. so I may be a bit spoiled).

I had signed up for an international plan with my wireless carrier prior to my trip so that I would be able to use my smartphone in Korea…and their 3G and LTE speeds weren’t that much faster than what I get at home either.

However, when I expressed my disappointment to a cousin, he told me that Korea has an LTE-A network that is that world’s fastest cellular network (10x faster than 3G), but that most consumers don’t use it due to its expensive costs. 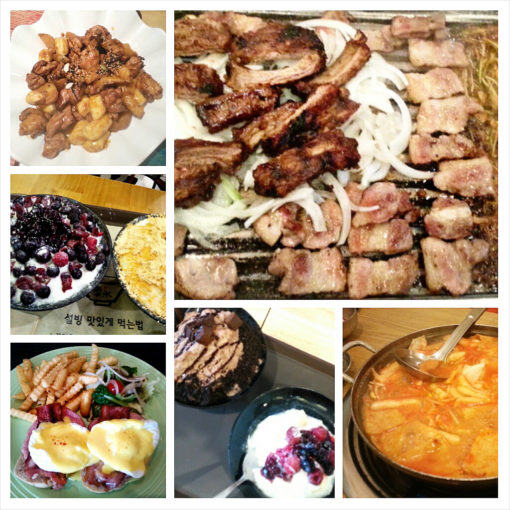 5.  More amazement at Seoul’s super-efficient public transportation system. Every subway and bus stop had electric signs that inform commuters how much time is left until the next car. The free subway and bus apps I downloaded for my phone far exceeded those of the transportation apps in the U.S.

Additionally, Seoul uses a system of rechargeable cards and other “smart” devices, called T-Money, for paying public transportation fares. (T-Money can be used in lieu of credit cards in many businesses, especially convenience stores, as well.) I am so used to NY’s MetroCards — which have magnetic strips that need to be swiped — that I found T-Money’s touch-and-go system utterly fascinating. And when I needed to check the balance on my T-Money card, I discovered that my NFC-enabled smartphone could easily do the job by simply touching the card to the back of my phone! How cool is that?!???

6.  Because the average height of Koreans is (or at least was) shorter than that of Americans, I hardly had any trouble reaching for things. Subway/bus handles. Items on store shelves. Everything was within reach for this 5’1″ (155cm) shortie, even when wearing flats! 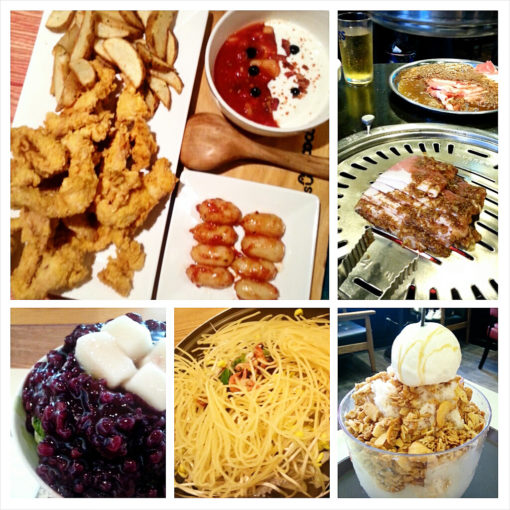 I felt like all I did was eat during my trip. (And everyone I met with insisted on taking me to their favorite 빙수 — or shaved ice dessert — place for dessert…so I had the sweet treat every day!) I fully expected to return to the U.S. at least 10lbs heavier. But when I stepped on the scale after returning home, I was surprised to learn that I had lost a couple of pounds. I guess all that walking and sweating paid off!

8.  Speaking of sweat…the humidity. My gawd the humidity! Although the temperatures were similar to that of NY (low to mid 80s), the humidity was practically suffocating. And my cousins told me that it gets worse in July and August!

9.  I’m not sure if I can ever get used to Korean bathrooms. No, I do not have a problem with squat toilets — which are still pretty common in public areas — since I grew up with one whilst living in Korea. My problem lies with the fact that Koreans do not use shower curtains in their bathrooms. In fact, Korean bathrooms have drains on the floors, so there are no mats on the floor and it’s not uncommon for people to leave the entire bathroom soaking wet after showering.

I’m sure that Koreans would find America’s bathrooms strange as well. But even with bathroom slippers, I just could not get used to the idea of walking around on wet bathroom floors!

10.  Generally cheaper prices on everything. I’m normally not a big shopper, but I went a little crazy on my trip to Korea. I plan to do a future post on my Korean beauty haul — because beauty products are so much cheaper, at usually better qualities, than here in the U.S. — but suffice it to say that between all the books I purchased for C&A and beauty products I obtained for myself and family, I almost doubled my luggage weight when returning home. (In fact, I came dangerously close to having to pay extra. The luggage weight limit was 23kg….and my suitcase was 22.8kg!)

2 Responses to “Reflecting Back on Korea”